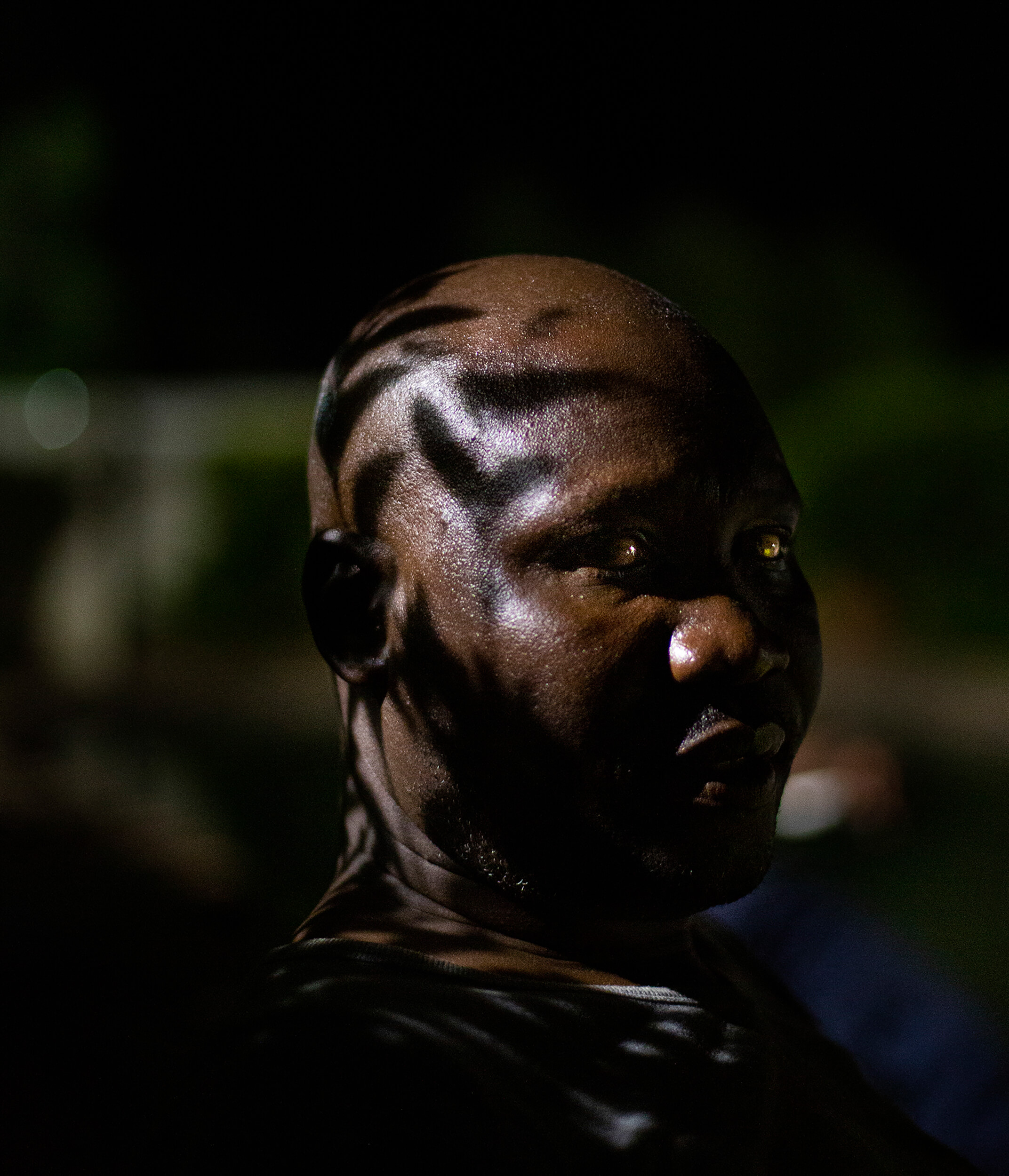 “Solomon Chomboko, Deputy Prison Warden, Kariba Prison Services. Solomon’s uncle is Chief Mola, one of the original tribes of the Zambezi Valley, forcibly relocated by colonial authorities to make way for the flooding of the valley following the construction of the dam wall. Due to their original proximity to Sanyati George, where it was believed NyamiNyami resided, they had some of the strongest beliefs in the river god, which they claimed to have the body of a snake and the head of a tiger fish.” – Jono Terry, 2022