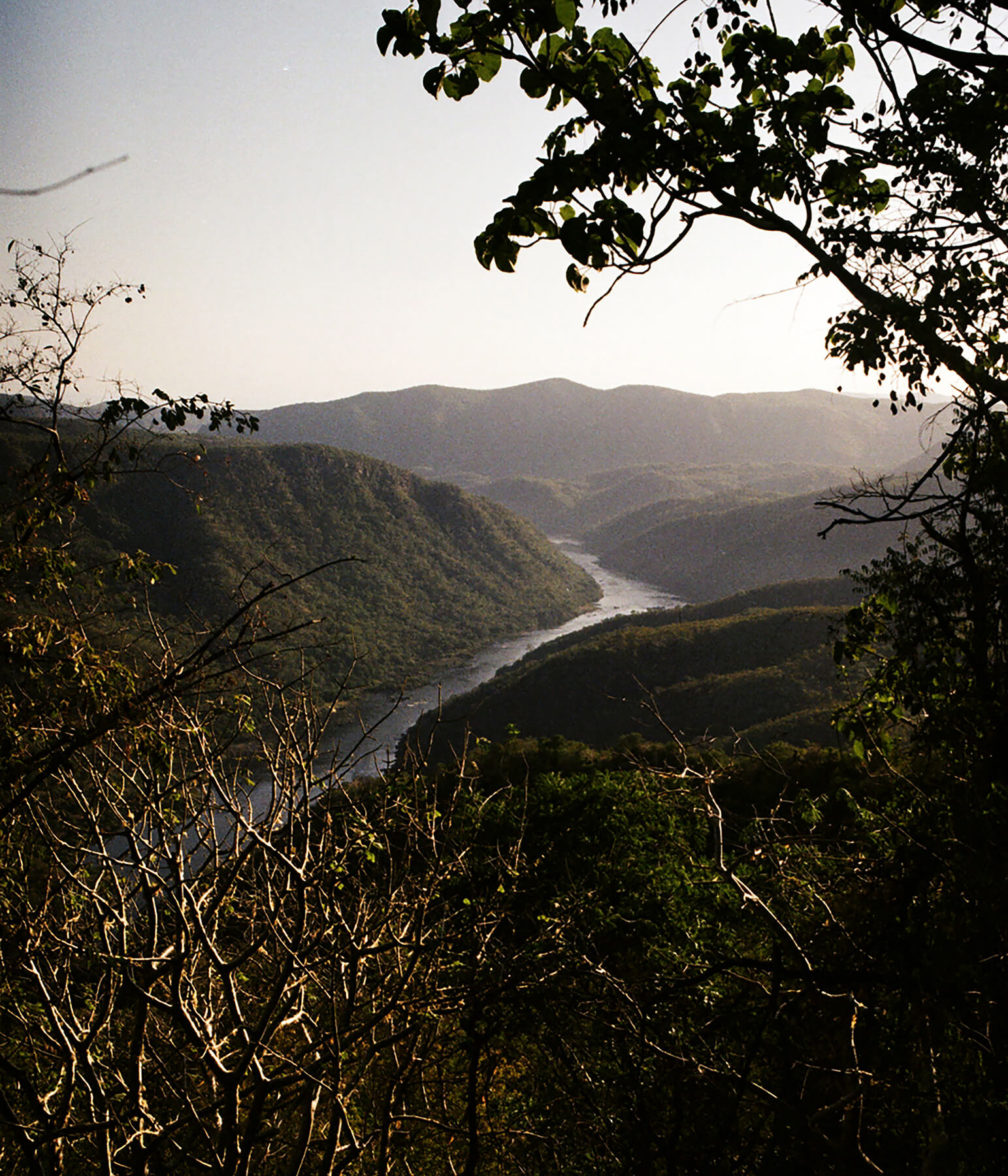 “The Zambezi River winding through the valley beneath the Kariba dam wall. I frequently imagine it would have looked something like this before its construction, untamed, as nature intended. The Tonga people, one of the relocated tribes who believed in the NyamiNyami river deity, widely depicted with the head of a tiger fish and the body of a snake, believe the construction of the Kariba dam wall forever separated him from his wife, Kitapo, downstream.” – Jono Terry, 2022