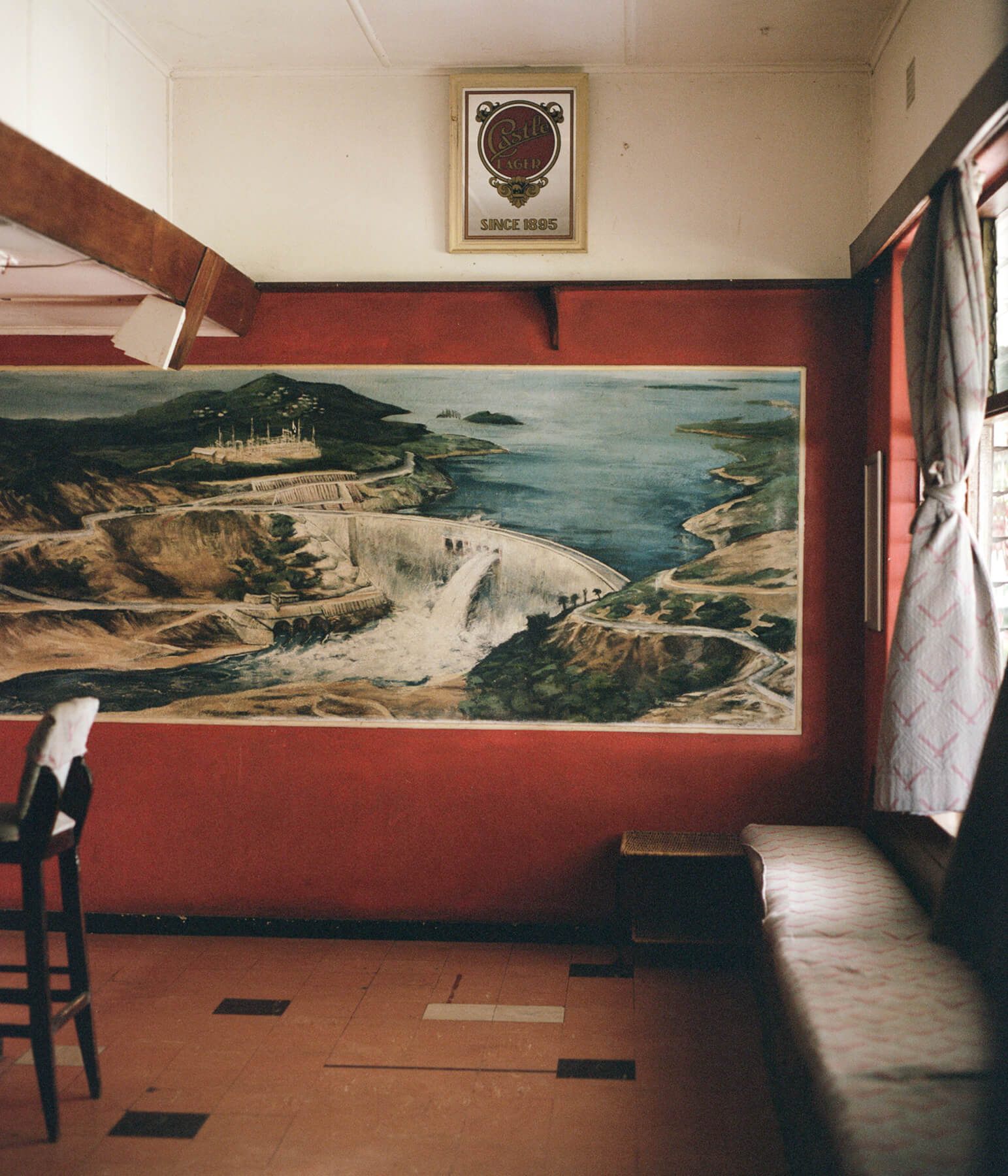 “Makuti, meaning ‘in the clouds’, is where the road begins to wind as you drop down into the Zambezi Valley making your final descent towards, Lake Kariba. Atop the turnoff sits the Makuti Hotel, a once necessary pitstop and watering hole before the final push for what awaited at Kariba, or afterwards before the long drive back to Harare. A visitor’s comment from 1981 reads: ‘I don’t think you ever leave Kariba, a part of you stays behind forever’. The Makuti Hotel Bar, with a mural of the Kariba Dam Wall during what looks like 1966 when the 4th and 6th floodgates on the Northern side were open.” – Jono Terry, 2022