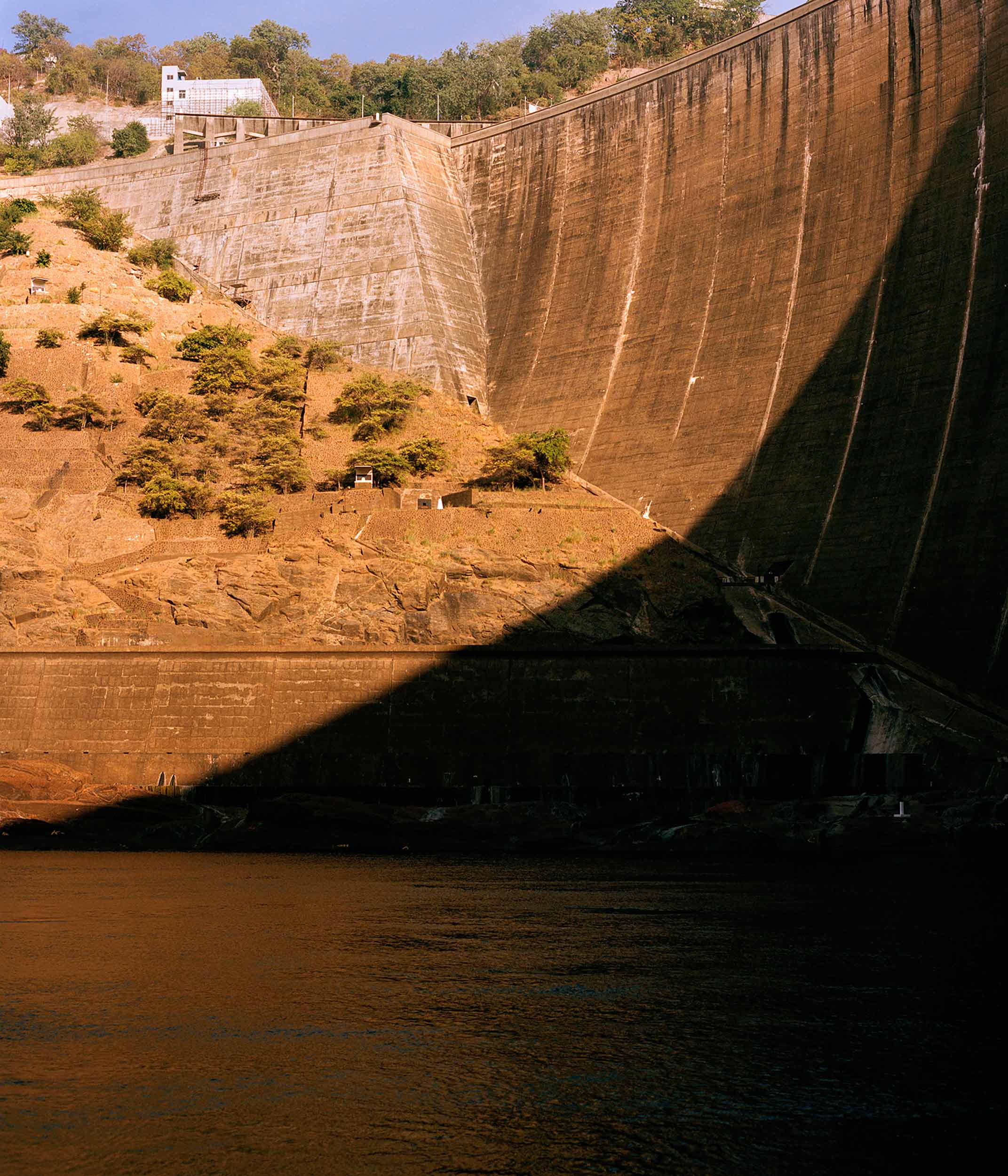 “Below the Kariba dam wall, looking from the Zambian side towards Zimbabwe. For me, Kariba has always been characterised by two sides. There is mainly white and widely documented experience and then there is the unseen and largely unknown experience of the majority of the black population. Two completely different experiences, two different sets of memories and two different attitudes towards it. There is the Zimbabwean side and the Zambian side and then there is the side everyone sees (the enjoyment, the natural beauty) and the side everyone has been quick to forget (the displacement, forced relocations, destruction of the Zambezi Valley as it was known). This project aims to explore the history and colonial legacy of Kariba and the shadow cast by the construction, and subsequent opening of its dam wall over 60 years ago by the Queen Mother.” – Jono Terry, 2022