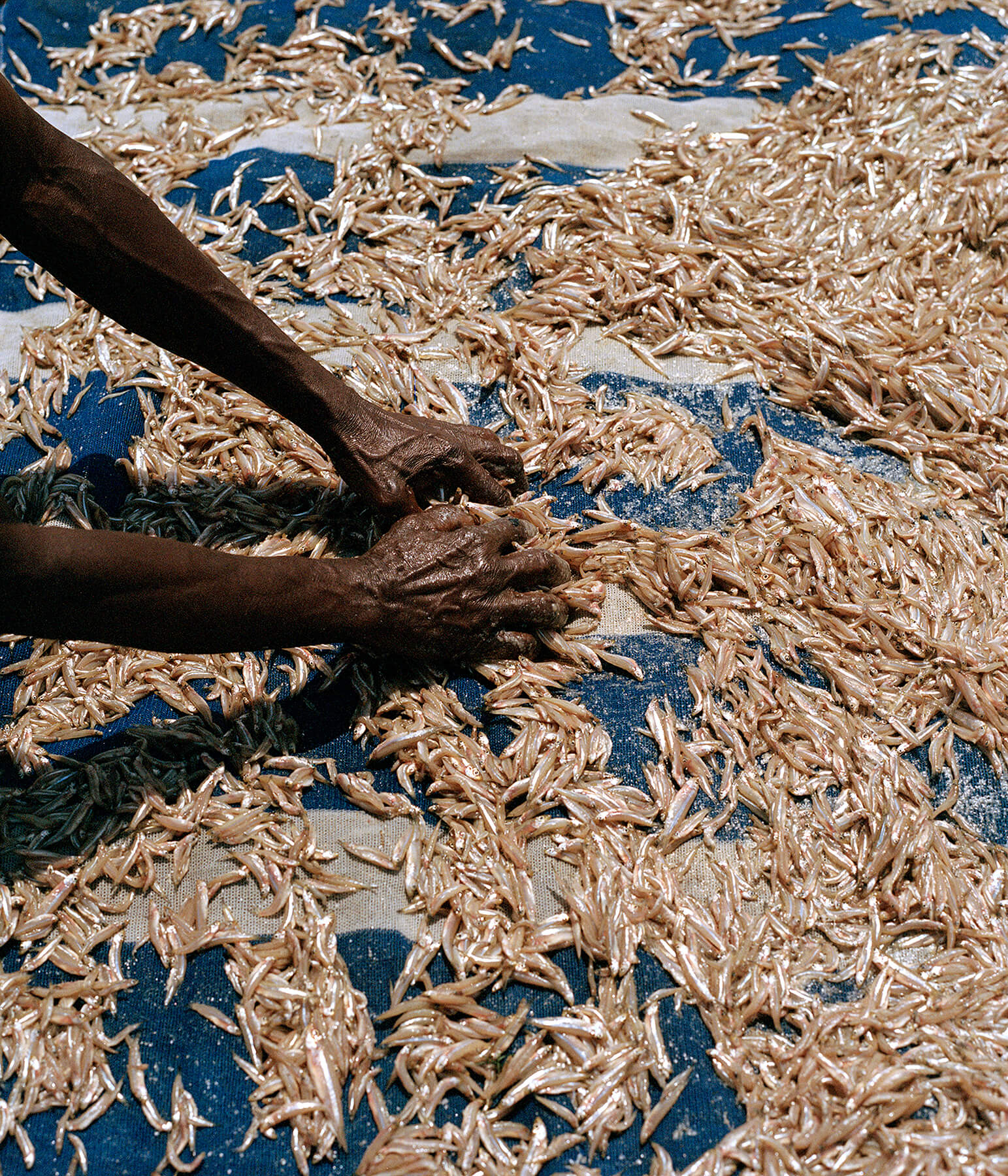 “Kapenta or matemba, is a small bait like fish that was introduced into Lake Kariba in 1967 from Lake Tanganyika where it is called the Tanganyika sardine. They are caught at night on rigs that use LED or kerosene lamps to attract them to the surface where they are then scooped up using a large dip net. The introduced species were able to colonise the whole lake in a very short space of time and subsequently became one of the largest industries on the lake as well as a staple diet for many local Zimbabweans. It is usually dried in the sun on racks or on a much smaller scale, like here, on reused maize bags on concrete slabs in the sun.” – Jono Terry, 2022