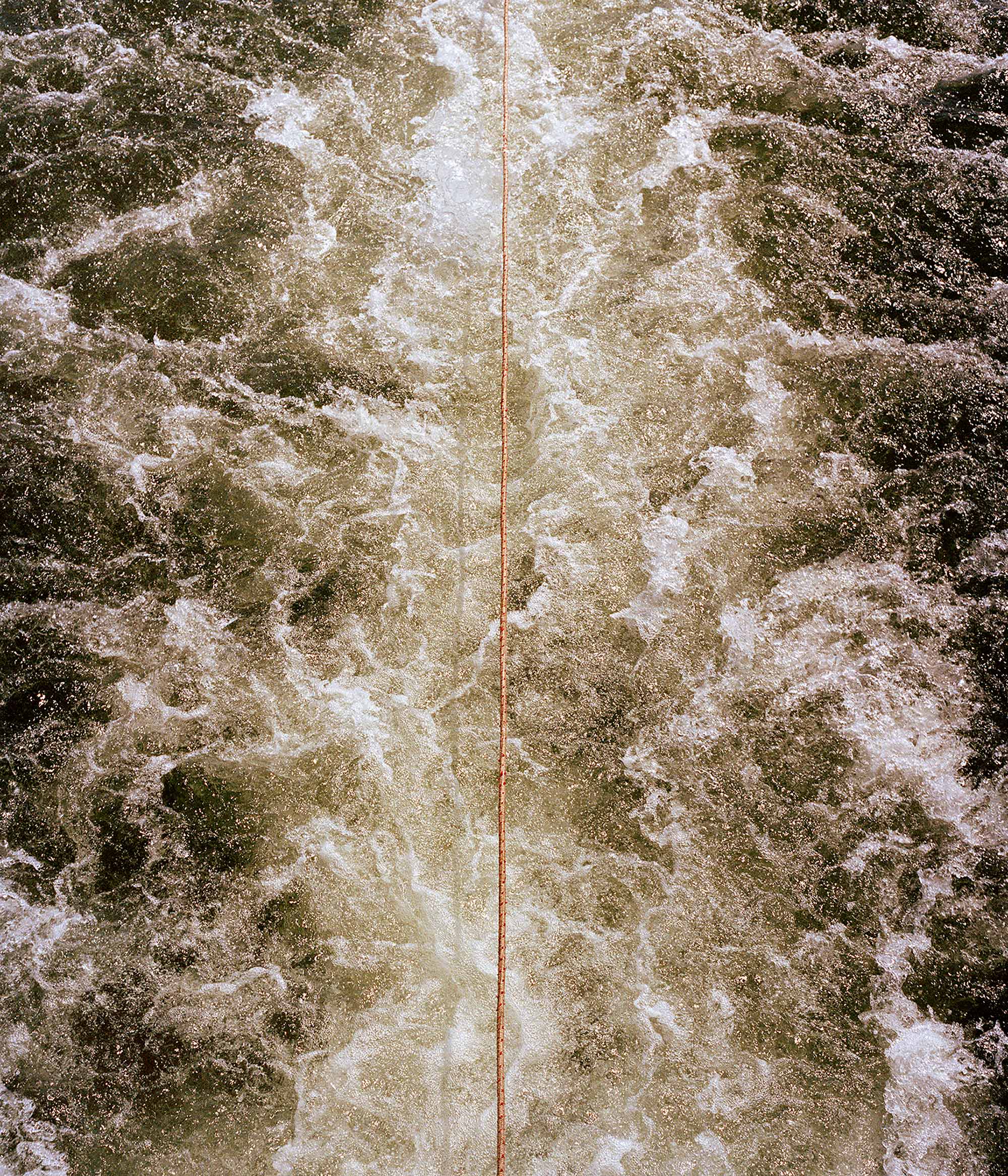 “A tow rope behind a houseboat attached to a smaller tender boat whilst in motion across the lake. Kariba very much tells the tale of twos. There are two sides to the lake: Zimbabwe and Zambia, an imaginary line demarcates the lake in two, roughly following the course of the Zambezi River. The NyamiNyami river god, depicted with the body of a snake and the head of a tiger fish, is separated from his wife downstream, his other half, by the Kariba dam wall. There are two histories and two very different experiences of the lake -those of the white population and those of the black population. In its creation there were things we gained and there were things we lost. It is a mythical place for some but not for others.” – Jono Terry, 2022