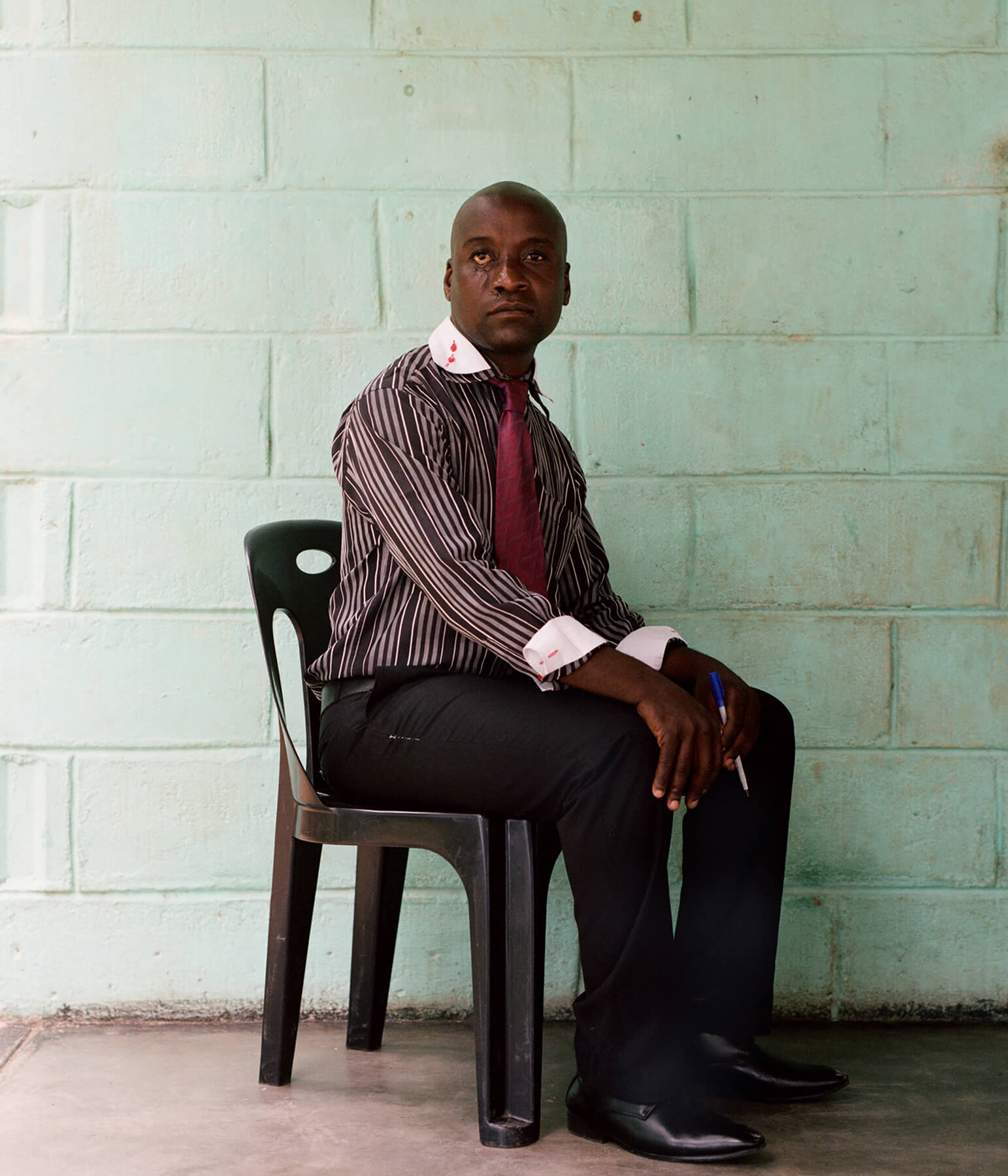 “John Sibanda, a primary school teacher at The Great Light Primary School, the newest Christian School in Kariba town. Here, they teach grades 3-7 in a single classroom, once the hall for the local Boy Scout chapter. Lake Kariba which was originally built to generate great light – cheap, abundant hydroelectricity to the region following increased demand for copper from Northern Rhodesia (Zambia) after the Second World War and infrastructure demands of the rapidly growing Southern Rhodesia (Zimbabwe).” – Jono Terry, 2022