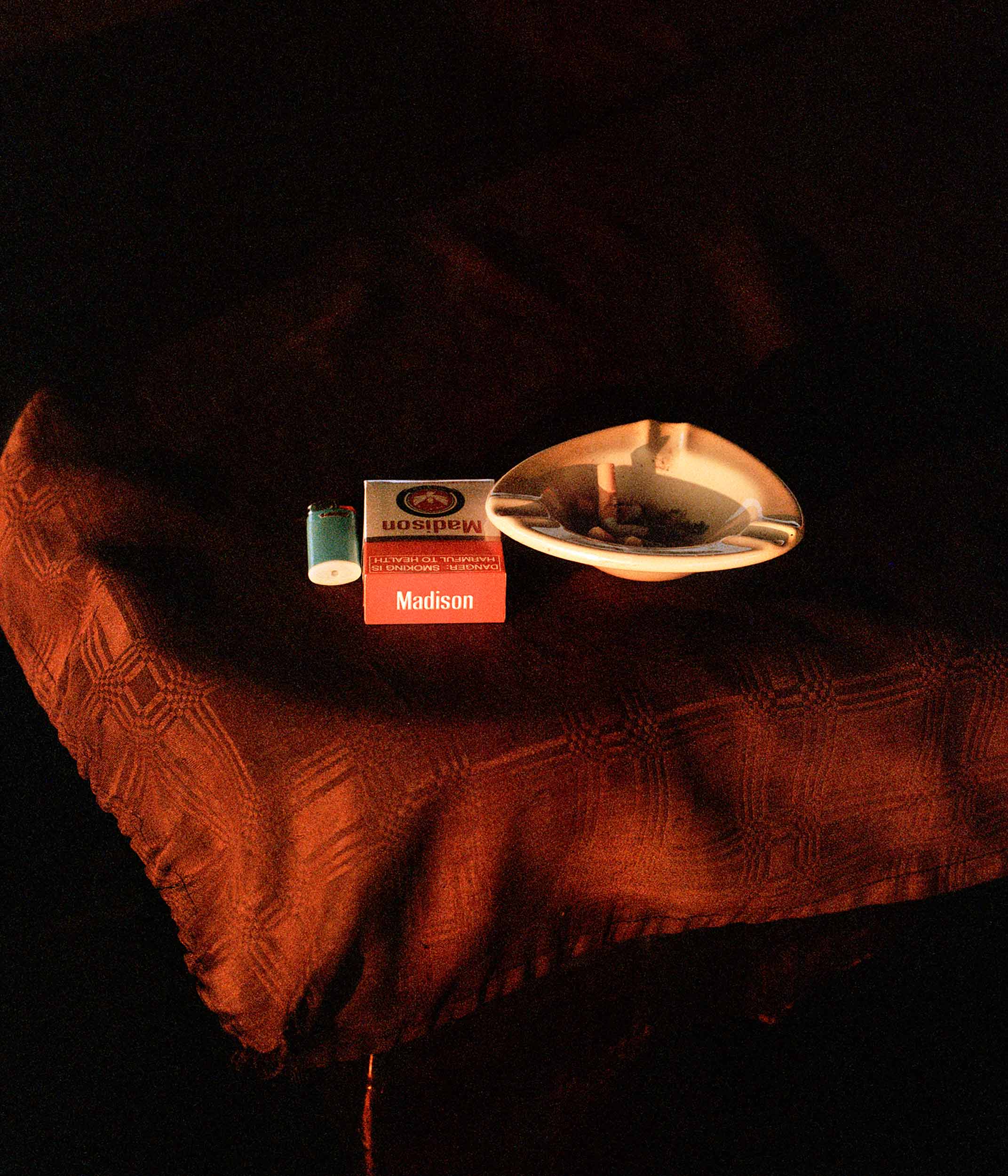 “A box of Madison Reds, a cigarette strongly associated with the lifestyles of older generations of white Zimbabweans, sits on a houseboat table at the start of the Kariba Invitation Tiger Fish Tournament (KITFT). KITFT is the largest single-species, four-man, freshwater fishing tournament in the world and in the 62 year history of Lake Kariba it occupies a significant space in the white social history and experience of the lake.” – Jono Terry, 2022