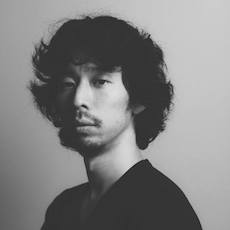 Kensuke Koike (b.1980, Japan) creates unique artwork by manipulating found, vintage, photographic material. Kensuke’s approach revolves around the idea of using the assets found within an image to create a contemporary visual with a new narrative. The process for the artist often starts as a puzzle begging to be solved with each image setting its own unique challenges.

“Before I used archival images, I was shooting photographs on my own and altering them. But because I had the negatives and originals, I could make mistakes in the cutting and altering of them – I could just print another copy of an image and start all over again.

I began to use archival images because I wanted to try something more challenging and to delve deeper into the meaning of an image. More risk means that I have to think twice before cutting the originals, and that is important.” – Kensuke Koike

Koike’s practice is centred around a philosophy of ‘no more, no less’ exploring the possibilities of creating a new image made up only of itself. Using found objects in this way creates a more dynamic way of working, as although he experiments with many prototypes initially, there is only one chance to work with the original photograph.

Koike introduces a performative element to his practice through his exhibiting of both the processes and final works, which is important to understand both the humour and reverence with which he creates his vision.

His artworks have been exhibited globally at museums and exhibitions around the world such as The Photographers’ Gallery, London; Postmasters Gallery, New York; Ciocca Contemporary Art, Milan; A plus A Gallery, Venice; IMA, Tokyo; Yancey Richardson Gallery, New York; Design Museum, London; Asama International Photo Festival, Japan and Guangdong Museum of Art, China. He has been the artist-in-residence at SEPTIEME Gallery, Paris, SuperOtium, Naples and the Kala Institute, Berkely.

IMA: How They Are Made