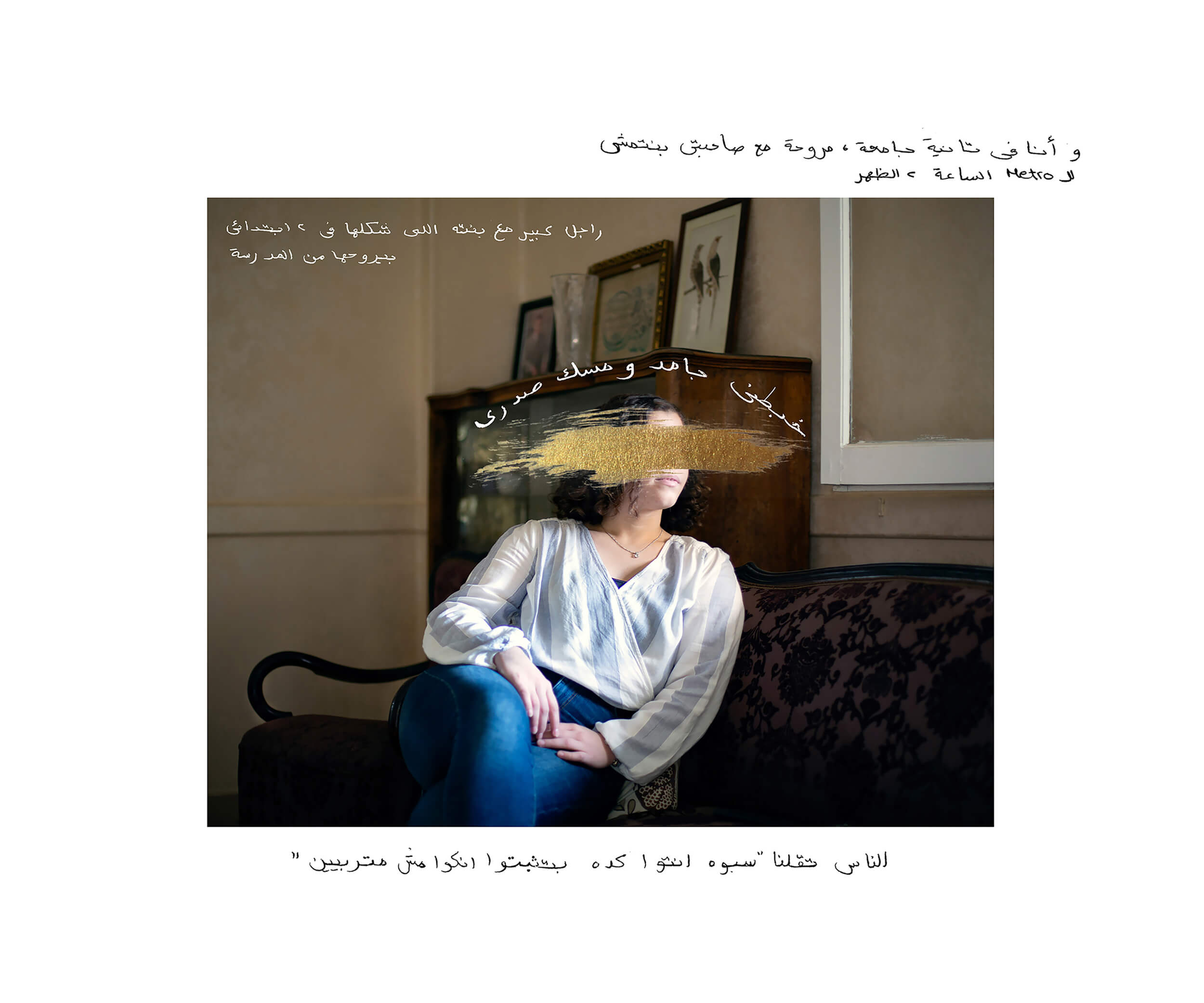 From Shame Less: A Protest Against Sexual Violence

Artwork caption:
“While I was in university, I was walking toward the train station with a friend heading home in the afternoon. An old man was walking his young daughter back from school bumped into me and grabbed my chest. Instead of supporting us, people in the street started saying “let him go.. you are proving that you are not well behaved”

Artist statement:
“Sexual violence is a pervasive universal problem. It is a widespread and serious problem in Egypt: the country has the second-highest figures in the world after Afghanistan. According to a 2013 United Nations study, “virtually all Egyptian women have been victims of sexual harassment,” with 99.3 percent of the women surveyed in the study having been sexually harassed. According to the same study, 82.6 percent of the total female respondents did not feel safe or secure in the street. The simple act of standing in the street can expose women to harassment and abuse of all kinds. Although Egypt has had its “Me Too” moments, its effects have been transient. I have been verbally and sexually harassed in the streets, at home, and at work in Cairo, and I am enraged by the prevalence and normalization of the problem, and this had led me to create this work. In this project, I am protesting in solidarity with other women against sexual violence. One of the underlying problems that prevent women from speaking up and reporting assault is victim-blaming and shaming. This response can cause ongoing and deep-rooted trauma. I want to spotlight the issue and fight the stigma around reporting assault. I think we need to ask ourselves whether well-meaning men are part of the problem. Do they contribute to it, or can they be counted on as allies in this struggle against sexual violence? This chapter of the project centers around Egyptian women’s stories of sexual violence in different public and private spaces in Cairo. ” – Lina Geoushy, 2022