Maria Lax talks to curator Christine Santa-Ana about the stories behind some of her images and the exciting projects she has coming up. Including her first photo book and a solo show planned for later this year.

CSA Tell me about your series titled The Distant Dark.

ML This series was the first photo series I ever attempted. It is almost like a storyboard for a film, which is essentially why I started taking photos.

I was trying to reconnect with the town where I was from, peering into memories of my childhood by revisiting places that were familiar and important to me growing up. It is not a documentary series nor is it pure fiction – it hovers somewhere in between. The locations are real yet most of them cannot be found, and people are absent because the only people I desperately wanted to photograph had passed away.

It is called The Distant Dark because both time and physical distance from my hometown mean that things have changed too much for me to return to the place I once knew, much in the way of you cannot step in the same river twice. So these images are my memory of a magical place. I found my grandfather’s book that he had written about UFO sightings, and I talked to people who had seen supernatural things. There are cases of bright lights, lighting up forests or following people home at night, which really fascinated me and I used that as an inspiration to bring the landscapes to life. It’s all very nostalgic and a bit sad, but hopefully lovely and comforting to look at. 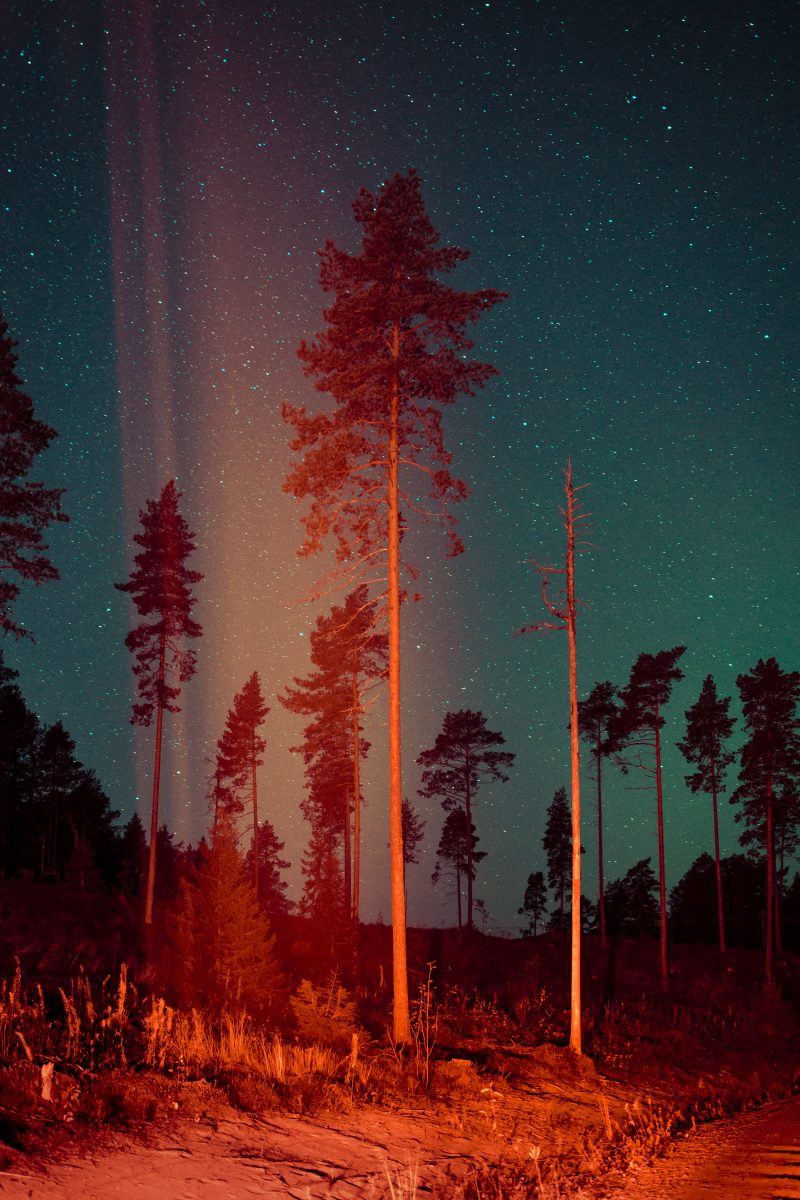 CSA  In the series entitled Taken by the Tide the colours blue and green feature quite heavily, which complements the solitary mood. What were you trying to evoke?

ML:  Well exactly that, the feeling of solitude – although at the time of taking some of the images it was loneliness and isolation more than solitude. Growing up, I travelled around and lived abroad with my family. As a result, I ended up with a somewhat scattered view of the world and feeling a real lack of roots. This nagging feeling I am in the wrong place and slightly out of step with the world has been a constant companion since I was very young. The series is almost a direct continuation from the themes of the Distant Dark – but now instead of looking back I am in the confused present, trying to make sense of my life and tentatively peering into the future. Taken by the Tide is about forging an identity and coming to terms with the fact that some things cannot be close and feel close at the same time. It is about looking for a home and a sense of belonging, and, a lot of the time, it portrays the chaos that comes from not having found those things yet.

CSA:  The series is a lot deeper than I initially realised.

ML: The camera was telling the story even before I was aware of what was going on inside my head. I kept shooting these images that repeated the composition, the colour, certain elements. Now, thankfully, the series is heading towards being something lighter – rather than being dark all the time, there are now signs of daylight in the horizon which has been quite rare in my work. 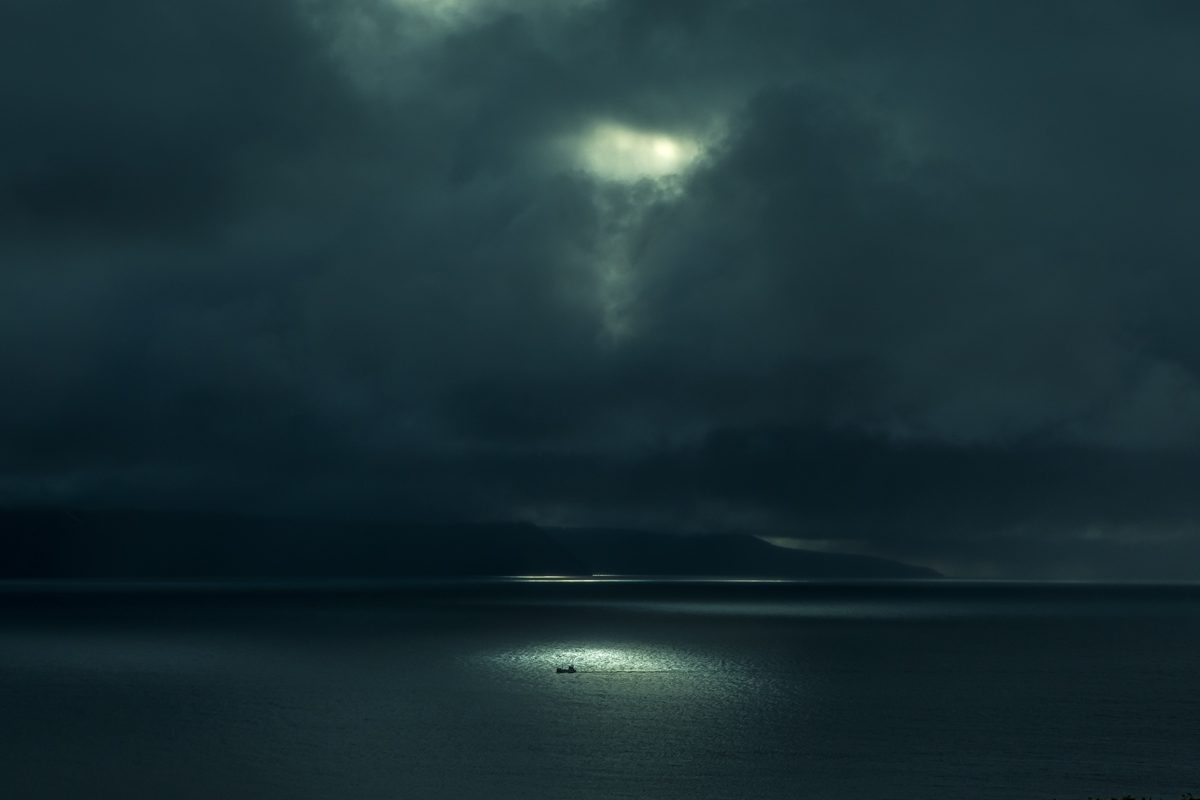 CSA:  This image stands out a lot to me and reminds me of the work of Turner. Can you tell me a little bit more about it?

ML:  I grew up with a huge library of art books but it was all painters and art history, not photography. So consciously or unconsciously, painters influence my work a lot. Turner portrays the sea like no one else, and it is perhaps not a surprise that I would gravitate towards him as inspiration for this series. 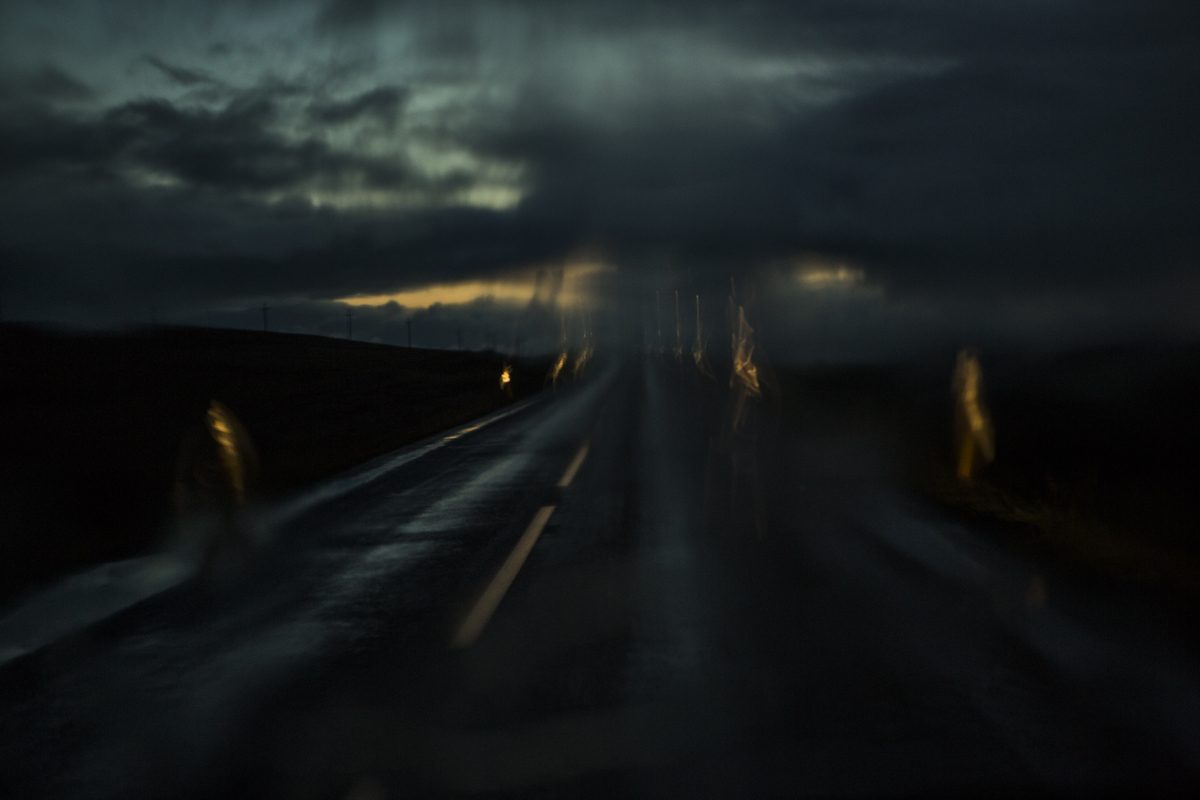 CSA: What does the image of the beekeeper symbolise?

ML: That’s actually my mother tending to her bees in that image. Bees represent family and community where everyone has a job, a place and a purpose. Often feeling like I’m drifting on the outer orbit of different communities, those things really fascinate me. Choosing to shoot my mother in such a dark lighting and unrecognisable – I think it is about me distancing myself from my home and my family, which is something that everyone goes through at some stage.

CSA: Tell me about your upcoming projects

ML:  Taken by the Tide is ongoing and will be published as a book later this year by Wundor, and I am working on my first solo show which will also be happening later this year. I am currently doing research on two new photo projects, which I will start shooting this summer – one of them goes under the working title Polarsol which will again look into my own memories and Finland, but this time in a very different setting.

Maria will be exhibiting at Open Doors exhibition #2

This site uses Akismet to reduce spam. Learn how your comment data is processed.