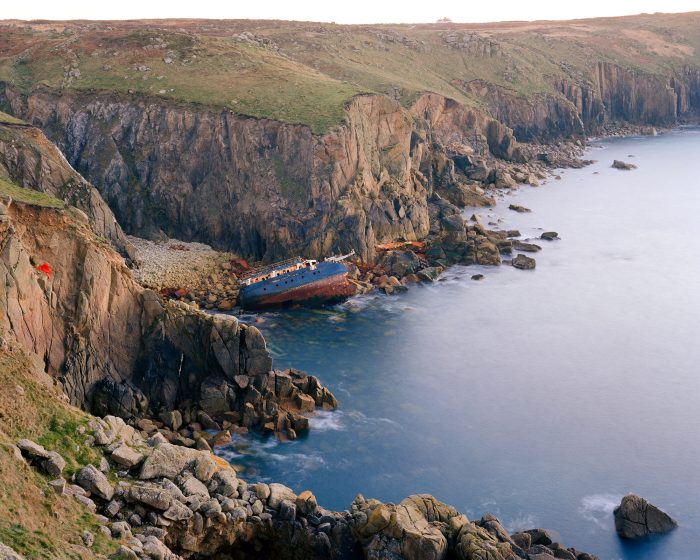 From the Bastard Countryside series (not published)

Signed by the artist on the reverse

Land’s End (above) I return to this shipwreck in Cornwall every other year to see how it’s doing. It’s been there since 2003 which is coincidentally when I started making Bastard Countryside pictures. This project was a slow burner but for me that was important. I needed that time for the ideas to fully germinate and the places and objects to reveal themselves. I made this particular picture over a decade ago – today is looks very different. It’s slowly bleeding out and decomposing into the landscape, turning everything around it a red rusty ochre. I once spent the night on it. I thought it would be a cool thing to do. I was naïve. It looks really calm, but that’s because of the long exposure. It was actually fucking scary.