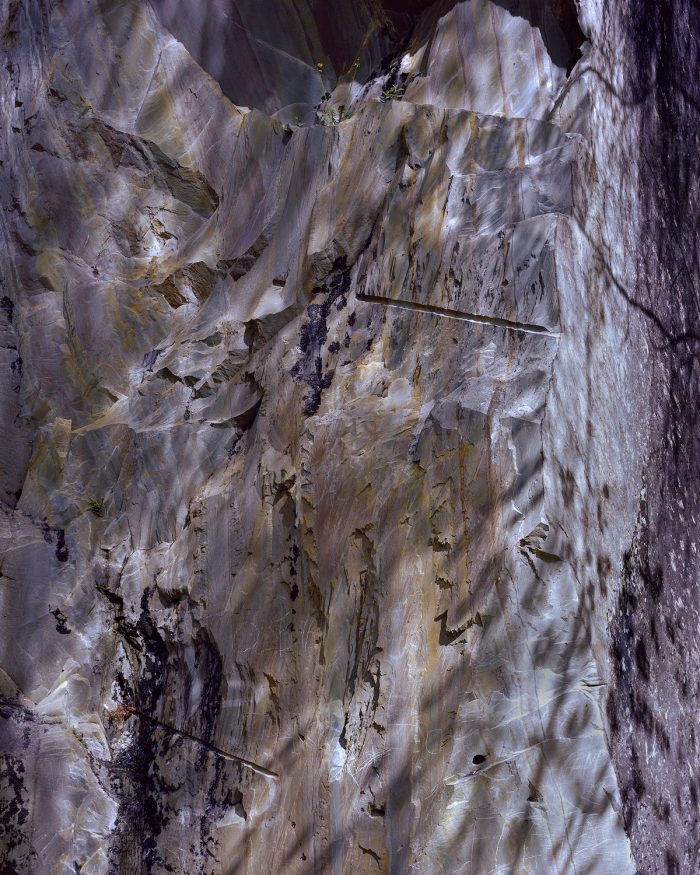 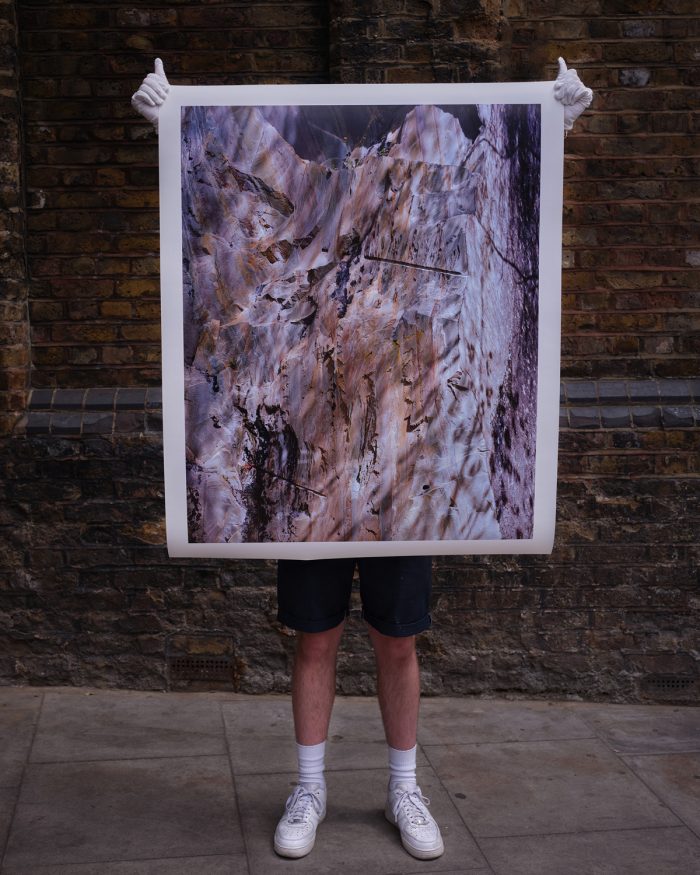 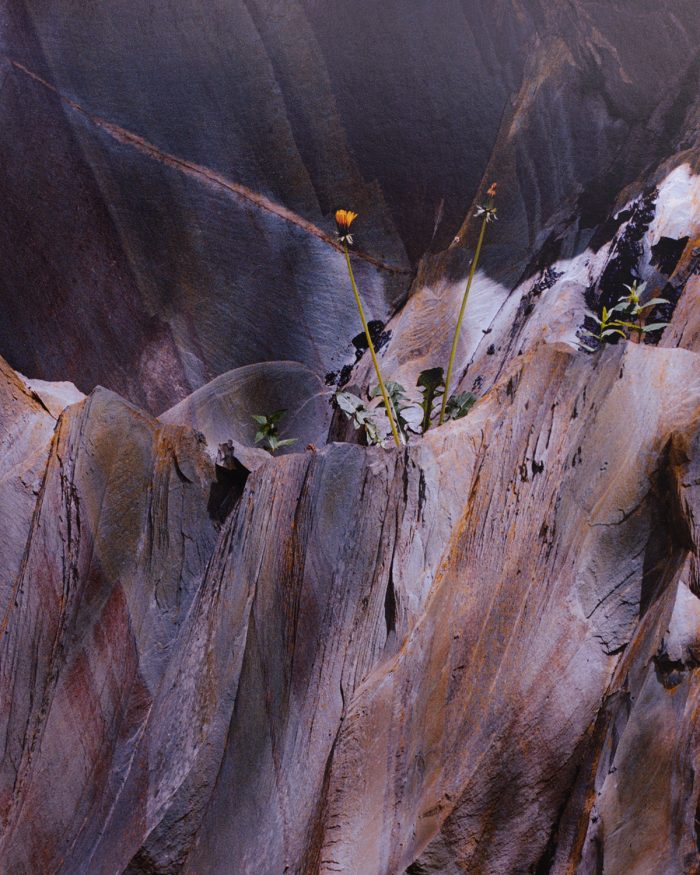 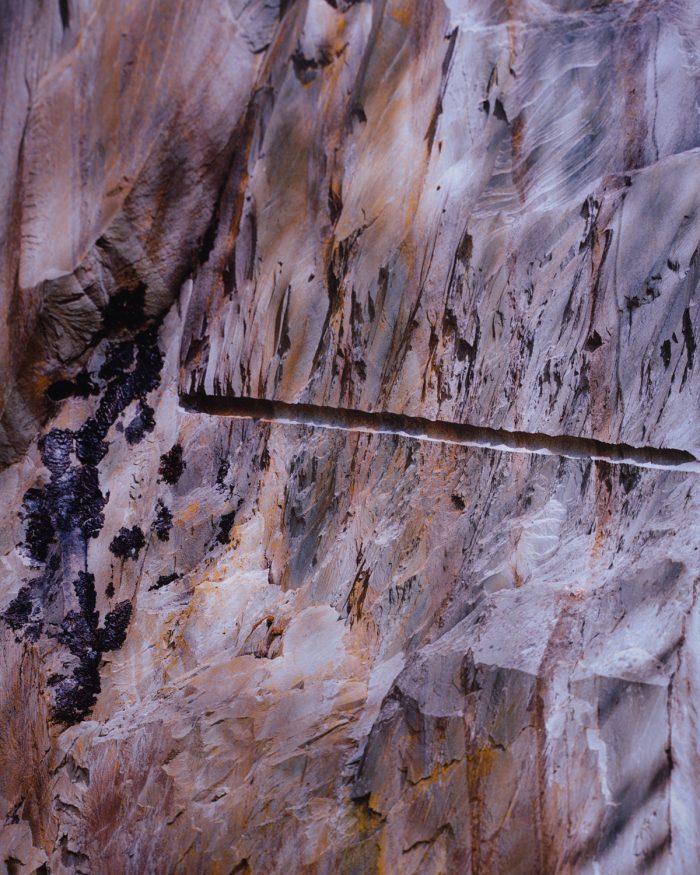 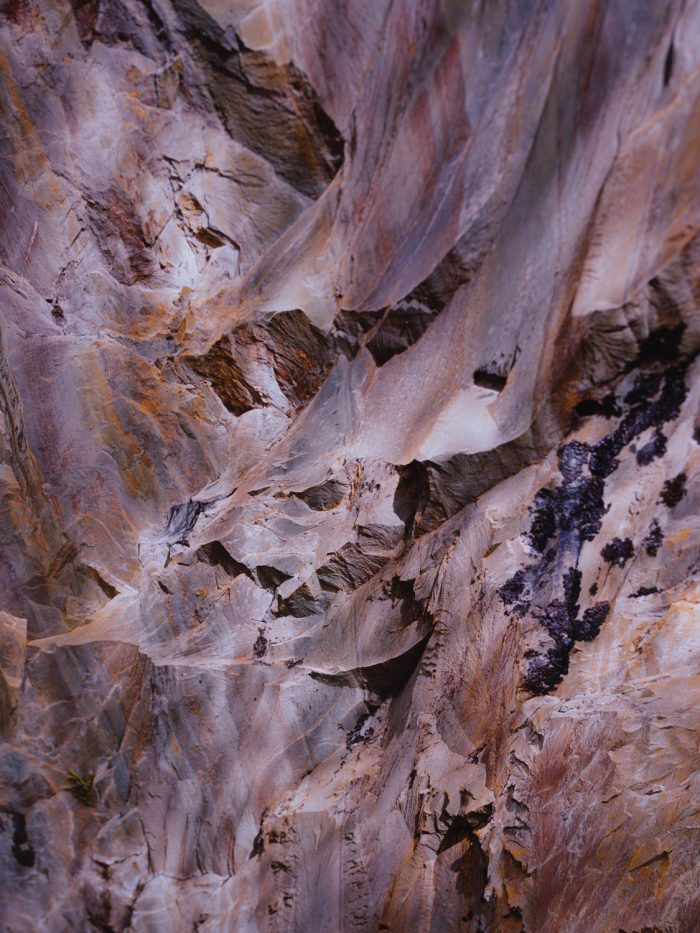 From the Bastard Countryside series (not published)

Signed by the artist on the reverse

Hodge Close Quarry (The print above) is a huge excavation of coloured slate, sheer-sided and unfenced, with an original worked depth from ground level of around 300 feet.  It’s one of the many slate workings that was worked on a large scale in the 19th century in the Tilberthwaite Valley, between Langdale and Coniston.

The 150 foot deep face is now a favourite with abseilers, whilst the 150 foot flooded workings are popular with divers. Not a location for the inexperienced, a number of divers and climbers have sadly lost their lives here in recent years.

I had come here wanting to make a picture of the infamous giant skull that appears in the reflection of the icy waters when conditions are just right. But as soon as I saw this cliff face with the dappled light, drill holes for explosives, subtle graffiti and daffodil I knew this was the picture that I needed to make.