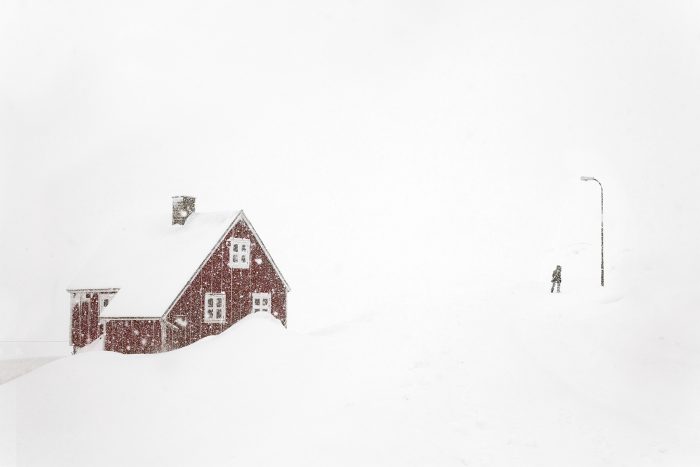 Christophe Jacrot is a French film director and photographer who has been documenting adverse weather conditions around the world for many years.

Jacrot’s has been taking photographs since his teenage years, but he initially gained recognition in the movie industry. He has directed several short films that have won numerous awards. In 2000, he directed the feature film Prison à domicile (House Arrest).

Jacrot’s work ties in with both the humanist and pictorialist movements of photography. His artistic approach is often likened to that of American street photographers, such as Saul Leiter and Elliott Erwitt, as well as Japanese woodblock artists such as Hiroshige and Hasui, who frequently depicted rain and snow.

“Rain, snow, and ‘bad weather’ conditions offer visual worlds that most of us miss because we’re too busy escaping from them to find shelter. I wanted to capture their nuances of light, their strong evocative power and dramatic tension by adopting an approach that was intentionally pictorial and emotional.”

Since 2008, Christophe Jacrot has held annual exhibitions in Paris. His photographs have also been shown in New York, Tokyo, Hong Kong, Brussels, Singapore, Shanghai, and Istanbul. His work has achieved considerable success with collectors and reached a wide audience around the world, as shown by its popularity on the internet. The photographer’s Instagram account, which he started in 2016, recorded close to 36,000 subscribers in May 2018.