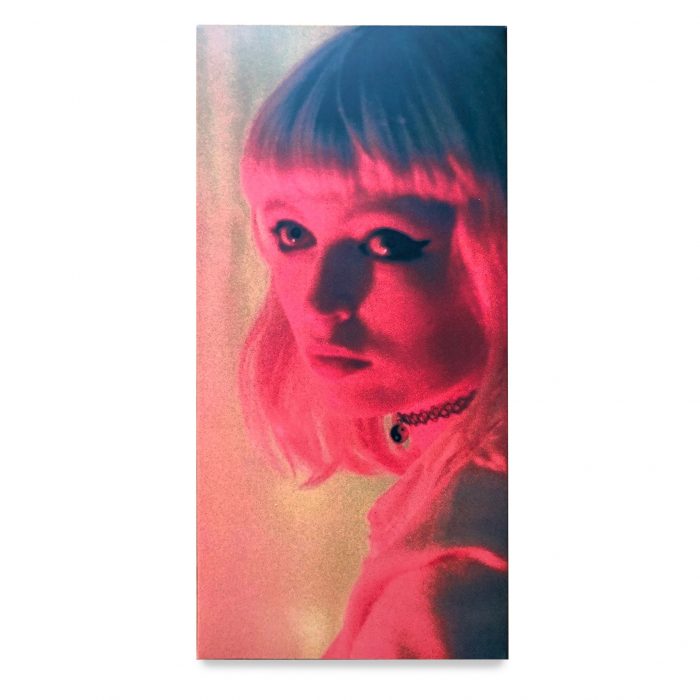 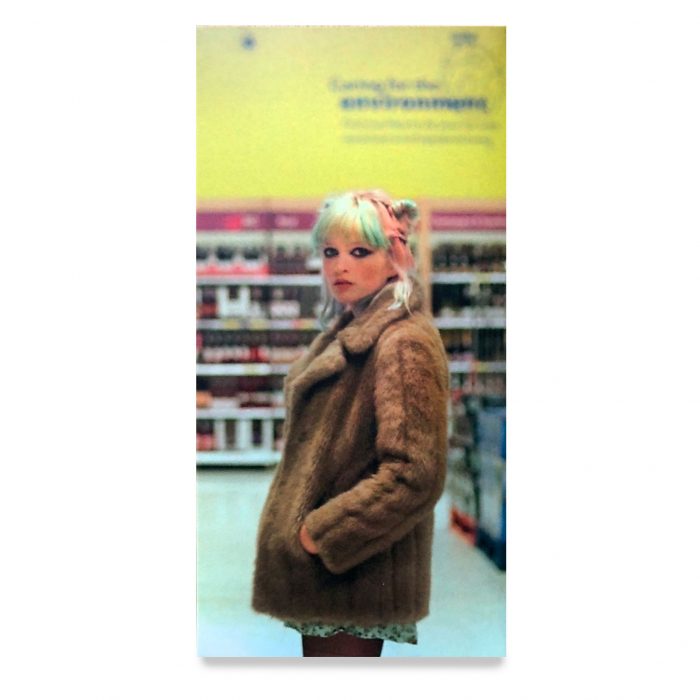 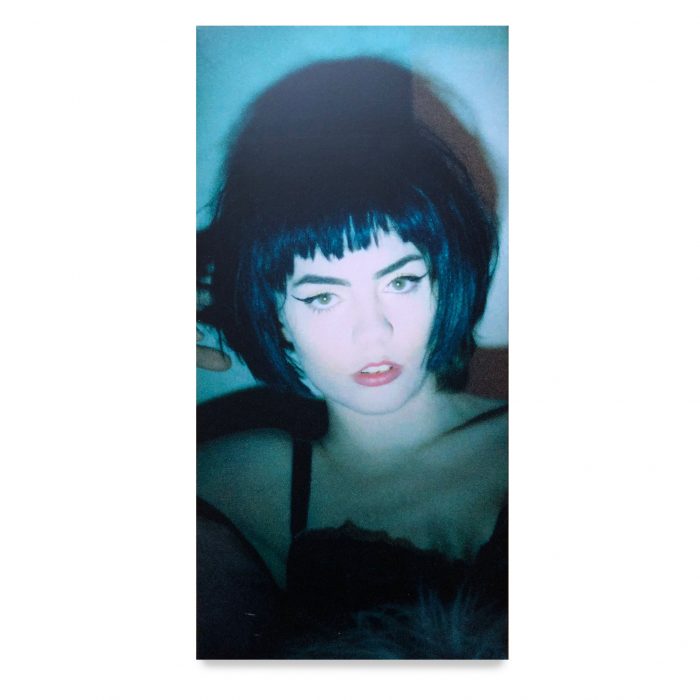 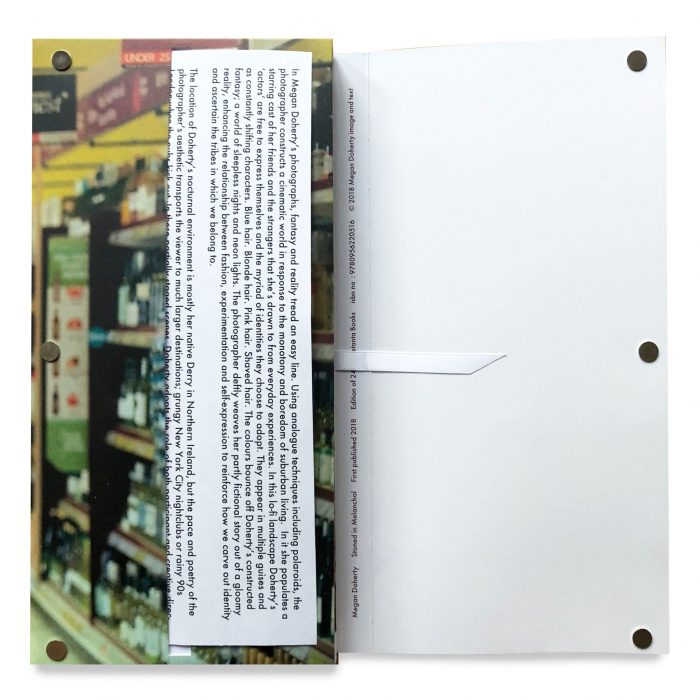 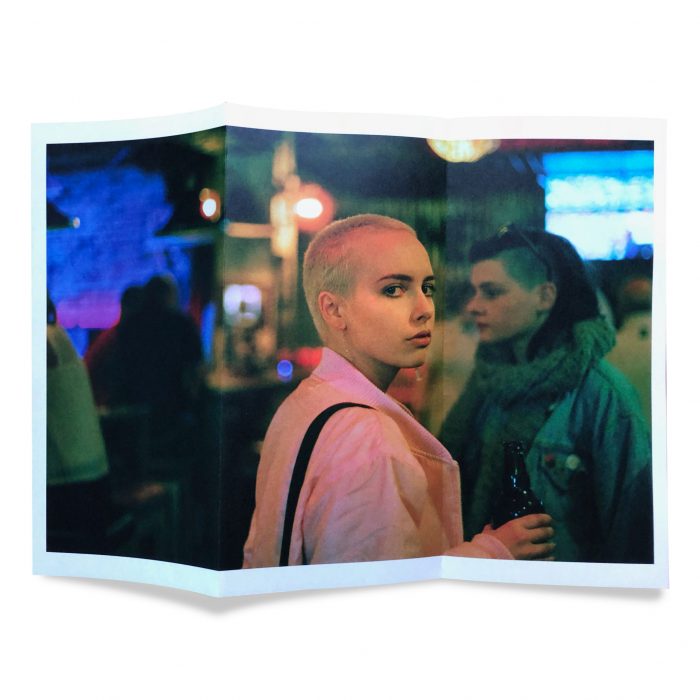 In Megan Doherty’s photographs, fantasy and reality tread an easy line. Using analogue techniques including polaroids, the photographer constructs a cinematic world in response to the monotony and boredom of suburban living. In it she casts a starring cast of friends and strangers that she’s drawn to from every day experiences. In this lo-fi landscape Doherty’s ‘actors’ are free to express themselves and the myriad of identities they choose to adopt. They appear in multiple guises and as constantly shifting characters. The colours bounce off Doherty’s constructed  fantasy; a world of sleepless nights and neon lights. The photographer deftly weaves her partly fictional story out of a gloomy reality, enhancing the relationship between fashion, experimentation and self-expression to reinforce how we carve out identity and ascertain the tribes in which we belong to.

Ultimately this is a book about freedom. It’s a book about the universality of being young and being bored. Of growing up and getting fucked up. It explores identity, friendships and belonging. How we create an alternative ‘family’ in our friends based on shared interests and mutual understanding. Of collectively navigating small town living and lack of opportunity. It’s about the claustrophobia of suburbia. Of short summers spent in the park and long winters spent at stranger’s houses. Of finding the means to escape. – Fiona Rogers