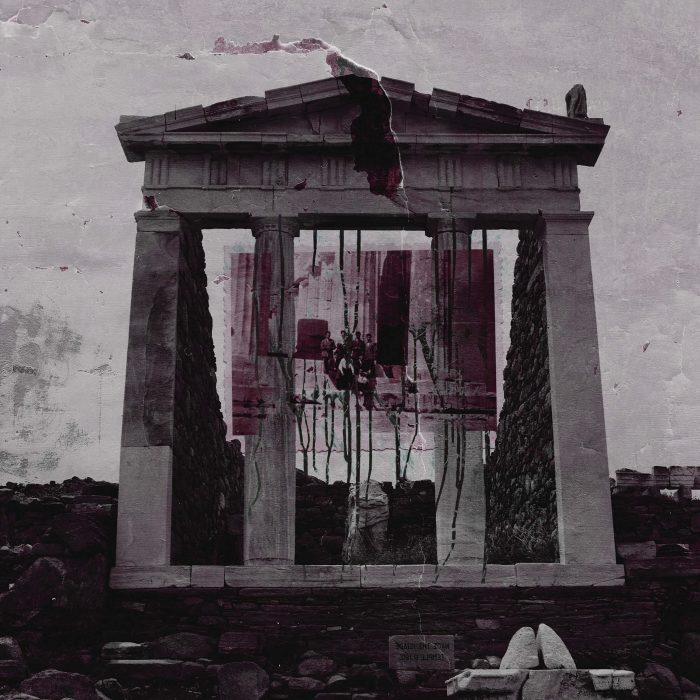 Ioanna Sakellaraki: The Interval of Unreason I, 2020

From The Interval of Unreason

Accompanied by a signed Certificate of Authenticity

“Viewing Ioanna Sakellaraki’s project for the first time, I was intrigued by the creative manner in which she approaches the archive… Individually, her images are mysterious and unique, layered with varied symbols throughout. Simultaneously, they form a cohesive body of work in which memory, time, trauma and fiction blur into one another.” – Isabella van Marle, Founder Pictures for Purpose

“The series begins with an image found in my late father’s archive, remains of the tainted memory of an idyllic romance on the Greek island of Patmos, followed by my extended stay on the island, during the lockdown. It is there where I begin to unravel the secret stories of my father’s past as a sailor and adventurer of his time, while deconstructing the famous history of Patmos as the ‘’Island of the Apocalypse’’, the place from where infernal visions of mankind’s ultimate downfall sprang, inspiring Saint John, to write the Book of Revelation, the final book of the New Testament. In a vortex of clouds, shadows, starry skies and rushing wind, the island turns into a darkling site where the phantoms of imagination, personal loss and historic elegy occupy a transitional zone between the sublime, the cosmic and the solemn. It gradually becomes the roaming topography for composing a story ruled by desire, terror and imagination, turning the archival figures into the fugitive characters of a fictional tale, in the fascinating realm of time’s absence. In its own unique ways, the archive becomes a site that is historically and hermeneutically transformed; a place where amnesic memories are recorded. Borrowing symbols and interpretations of different timelines and histories, I respond to an eternally deferred disaster, as seen through its multiple temporalities and discrete personal and collective stories. In the intersection of memory and oblivion, the work untangles the remaking that surviving loss entails, reminding us that history is not merely a matter of chronology but also a question of space and relationships. Between a moment of crisis and a temporal turn, the images articulate our obscure personal and cultural ends. This movement between an external world and an inner processing and interpretation of this world is the interval that brings the story together, like a collapsed memory of some partially erased knowledge.” – Ioanna Sakellaraki, 2021