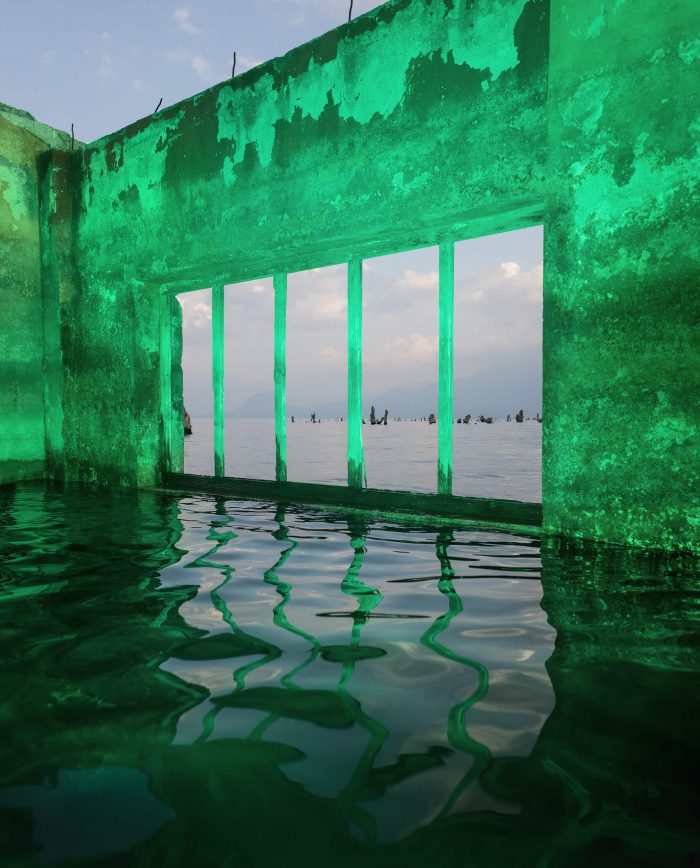 Each print is signed by the artist
Shipping worldwide

For all print enquiries:
tom@opendoors.gallery

Benoit Paillé (b.1984) is a self-taught photographic artist currently roaming the remote and extreme conditions of Quebec, Canada.

Choosing to leave behind a promising career in the medical profession, in 2013 Benoit Paillé made the radical decision to live a life on the road. In order to channel his frustrations at what he felt was a cold and ruthlessly capitalist society in the USA, where he had been studying, his attention quickly turned to photography as an output for his creative energy. It was whilst travelling extensively in his custom fitted camper van with his faithful companion, Gigi, over some years that the hurdles and hypocrisies he saw of the industry in front of him became apparent. His artwork and sometimes abrasive presence on social media since then has become a tongue-in-cheek reaction to a contemporary art world that can at times be accused of taking itself too seriously.

Benoit’s early practice provided an outlet for his creative energy but felt it was too ‘repetitive and methodical’ in its approach, perhaps a legacy of his previous scientific studies and processes. Benoit’s journey as an artist since then has been an attempt to unlearn that. To deconstruct that vice-like mindset. Fuelled by the belief that ‘photography doesn’t represent reality, but creates it’. That our impressions and exoticisms of events, people and places are created by the images we absorb.

Benoit is an artist whose work is also an extension of the way he lives his life. Taking his artistic philosophy one stage further and focusing on the Marxist concept of material conditions. That ‘it’s not what we think that creates the world, but that the physical world creates what we think’. So by choosing to travel the world and to live in a truck he is exposed to meeting situations and experiences that inspire and confront his practice. That forces tough choices and scenarios upon him.

The surreal and eccentric style that Benoit has developed on his own over the past 10 years has become a fascinating autobiographical depiction of a radical disruptor. Cultivating a predilection for casual people and locations, kitsch landscapes, fences and strange parking lots, he’s seeking the unexpected and the unseen. Rejecting the mainstream in all aspects of his life and influencing the careers of many of his contemporaries in the process.

“I often see myself like a hyper realist painter. My pictures document an altered state of mind. Everybody can shoot beautiful scenery or sunset, but I would rather be a pataphysician, to think about what others don’t. I want to create work that deconstructs reality and that is theatrical… but with minimal effort.” – Benoit Paillé, 2022