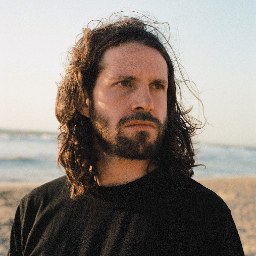 Elliott Verdier (b.1992) is a documentary photographer based in Paris, France. He has been featured extensively in publications such as The New York Times, Vogue Italia, M le Monde, British Journal of photography, Financial Times and This is Paper. He has exhibited at Festival Circulation(s) (2021), Rencontres du 10ème (2021) and Belfast Photo Festival (2019). Verdier was a finalist of Prix Levallois (2019) and recently the Aperture Portfolio Prize (2021).

Reaching for Dawn reflects on the impact and trauma caused by the Liberian Civil Wars (1989-2003). Made over a two year period, Verdier travelled across the country, from the diamond mines of Gbarpolu, to the fishing harbours of Harper, and through the dilapidated neighbourhood of Westpoint, documenting people, stories and the community. Analog photographs made with a large format camera, offer two interweaved narratives, one in black & white and the other in colour.

“Of the bloody civil war (1989-2003) that decimated Liberia, its population does not speak. No proper memorial has been built, no day is dedicated to commemoration. The country, still held by several protagonists of the carnage, refuses to condemn its perpetrators. This deafening silence, that resonates internationally, denies any possibility of social recognition or collective memory of the massacres, condemning Liberia to an endless feeling of abandonment and drowsy resignation. The trauma carved into the population’s flesh is crystallized in the society’s weak foundations, still imbued with an unsound Americanism, and bleeds onto a new generation with an uncertain future.

This photographic and sound work was spread over a two year period. The images were made over the entire country, from the diamond mines of Gbarpolu to the fishing harbors of Harper and through the immense slum of Westpoint. The analog photographs, made with a large format camera, offer two interweaved narratives, one in black & white and the other in color.

In parallel to the photographs, recordings of men and women’s voices are added, be they victims or perpetrators, to recount their damaged fate. The dark and enigmatic monochromes are contextual images that establish the setting for the color portraits. These black & white images are a reference to the night that so often appears in witness accounts, a moment in time where the trauma becomes palpable. They distill a heavy atmosphere that spreads the suffocating silence over the country. From this silence, portraits emerge to humanise the dark landscapes, this history, and to tell the incredible resilience of this population. For despite everything, Liberia is now at peace.”

“The head of a young man, his expression serene, emerges from water the colour of rust. On the surface, the perfect symmetry of his reflection creates a mirrored presence by tracing the outline of a butterfly, a two-headed being with one face turned symbolically towards the future (the sky) while the other is directed towards the past (the water). From the tension between the opposing gazes comes immobility. And so the photos in ‘Reaching for Dawn’ emanate a kind of mournful expectancy, for theirs is an enigmatic and non-tranquil state, one where the present is always on the point of vanishing. Fixed in a suspended moment in time, human beings, places, landscapes and objects morph into memory. A jagged memory that haunts the history of Liberia, a country where the promise of its name appears to have run aground for now, like a rusty vessel on one of Robertsport’s beaches.

Dawn is late arriving because silence and impunity, both venoms from the same bite, poison the present and perpetuate the trauma. A few words are all it takes to express what matters: “But I want the war crimes court to come to Liberia. I pray for it to come. We will be free”. Justice is not simply a stage towards reconciliation. It is a mystical quest for those women and men who have lost everything. And in this search for truth becomes a promise in itself. Suddenly, it is no longer a question of viewing Liberia exclusively through the lens of its wounds, but above all of seeing all the grace that radiates from its struggle for life, the same life that escapes the dark night in search of dawn.“

Gaël Faye
Singer-songwriter, rapper, writer
An extract from her text written for Reaching for Dawn

_
A selection from Reaching For Dawn