Alessandro Calvi [@cronachette]: “I’m an italian political reporter but also a writer. Many of the photographs I have taken in recent years have been taken while I was working on my last book of literary inquiries – «Paracarri, cronache da un’Italia che nessuno racconta» – which is also a book on the Italian landscape.

I was looking for the empty and lonely countryside burned by the sun in the center and south of Italy where, after the Second World War, many peasants emigrated to foreign countries or to the north of Italy where the industries were.

So, a part of the center and southern Italy was depopulated and today appears as an ancient landscape which has crossed centuries of relationship with man’s work but at the same time it’s a landscape without age, naked, made of brown and blue tones of earth, sky and grain, almost abstract like a photo by Franco Fontana or Luigi Ghirri, and sometimes there is a light that reminded me of some paintings by Edward Hopper.” 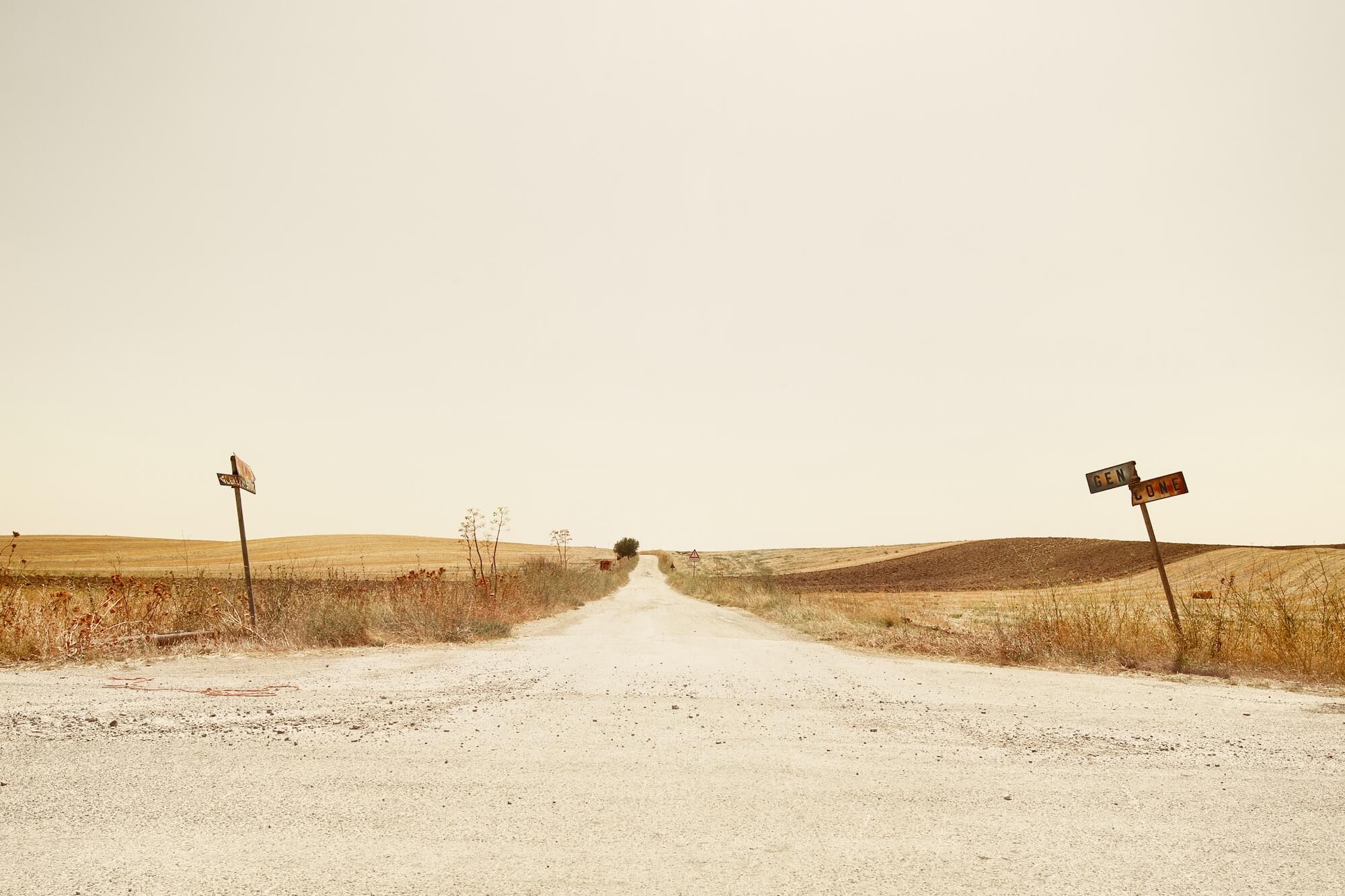